MN Wolf Hunting May Be Reality 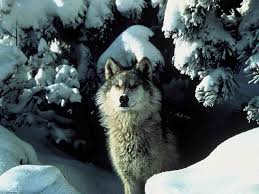 A wolf hunting season may be a reality in Minnesota after the the species has been lifted from the endangered list in December.  State management of the wolf population will begin Jan. 27.  The Minnesota Department of Natural Resources has gone as far as issuing a press release stating a limited wolf season may be possible in 2012.

The DNR is starting to plan for the possible wolf hunting season which also contemplates trapping.  “Our job, as a natural resource agency, is to implement the state’s Wolf Management Plan, which includes provisions for public taking of wolves,” said Tom Landwehr, commission of the DNR.

Interestingly, the Minnesota Legislature eliminated a five-year waiting period for a wolf hunting season following delisting from the federal list.  This makes a season available immediately in 2012, and it appears the DNR is in the planning stages for a fall 2012 start.

“Our proposal is a separate season that takes into account when pelts are prime and have their highest value,” said Dan Stark, DNR large carnivore specialist.

Minnesota has an estimated 3,000 wolves, according to the DNR.  The hunter/trapper harvest is difficult to predict because of limited prior season information. In accordance with the DNR’s Wolf Management Plan, the agency hopes to manage the population without forcing the species back to the endangered list.